To live a happy and long life without pain and illness has been the goal of almost all human civilisations since the beginning of times. Shamans and healers, and doctors were constantly looking for all kinds of means to help their patients to get rid of all sorts of health problems. The mineral called magnetite (iron-ferric oxide, the richest iron ore, containing up to 72% of iron) didn’t go unnoticed. For its remarkable healing properties, it was applied to wounds, rheumatic joints and various painful spots. In the form of powder, it even became one of the ingredients of the youth potion. It was said that the Chinese knew it more than six thousand years ago and used it as an ingredient in medicinal ointments, drinks and compresses.

The modern history of the use of magnetic fields began in the 1830s, when American Joseph Henry and Englishman William Sturgeon manufactured the first electromagnets. Michael Faraday and James Clerk Maxwell contributed to the theoretical explanation of the origin and effect of electromagnetic fields. Almost simultaneously with their emergence, the first attempts to use electromagnets in medicine appeared. However, the real development of magnetotherapy, occurred only after the Second World War, when, in this field of medicine, a plethora of scientific research began to be systematically carried out. This field started to be developed in Czechoslovakia in the 1960s, by a number of outstanding experts such as MUDr. Novák, MUDr. Hokynář and later MUDr. Jeřábek or MUDr. Chvojka.

The extraordinary conditions that have been formed on Earth since its inception eventually gave birth to life. One of them is a unique planetary magnetic field that pulsates in specific rhythms and protects everything living from the dangerous components of cosmic and solar radiation. The “shielded” particles then form so-called van Allen radiation belts at a distance of 1,000–50,000 km from Earth. However, the best known and probably the most beautiful example of this protection is the aurora, which is visible near the North Magnetic Pole.

The Earth’s magnetic field has a dipole character, which is reversed once in approximately 700,000 years, i.e. the North Magnetic Pole is replaced by the South Pole. During this exchange, the intensity and therefore the magnetic field’s protective function is reduced to a minimum. No one knows how long such a situation will last; according to one theory, only a few weeks or months, according to another, hundreds of years. What’s certain is that we’re just before this period, as the last time the polarity was reversed was approximately 780,000 years ago. The intensity of the Earth’s magnetic field has decreased by 50% over the past 500 years and still continues to decline. Currently, it’s about 0.047 mT (milliTesla), which corresponds to 0.47 G (Gauss) in older units.

Every living organism, including humans, is the perfect interplay of physicochemical events at the cellular level, which are influenced by the presence of a planetary magnetic field. Although its intensity is low, it’s practically stable and periodically pulsating. Although we don’t possess the adequate sensory receptors and are therefore unable to perceive it, without its existence, our organism wouldn’t be able to ensure the proper functioning of cellular biochemical processes. Numerous experiments have demonstrated high sensitivity of cells to even minimal changes in magnetic field intensity, which significantly affects the permeability of cell membranes. The presence of a magnetic field of specific biotropic parameters leads to the intensification of metabolism between the external and internal environment and, therefore, to an overall increase of metabolic cell activity. This leads to a change in the cell surface tension, activity of some enzymes and ionic balance in extra and intracellular environment. Therefore, it can be said that one of the Earth’s life conditions is its magnetic field.

When electric current goes through a conductor (coil), a magnetic field is generated in its vicinity. If we place living tissue (= conductor) into a non-stationary (changing) magnetic field, the principle of electromagnetic induction results in a weak electromotive force and currents, which then change the properties of particles of living matter.

To achieve the desired effects of the pulse magnetic field, it must have certain induction (for safe use without medical supervision up to about 20 mT), frequency (low-frequency magnetotherapy from 0 to 100 Hz used), gradient and pulse length, and shape. Such a low-frequency pulsed magnetic field has no side effects and can be safely applied in the respective indications.

Effects of a pulsed magnetic field on human organism

As explained above, the application of a low-frequency pulsed magnetic field induces a number of changes in biological processes in the exposed tissue and, indirectly, in the whole body, which can be used for treatment purposes to influence many disease states. Since the magnetic field penetrates evenly throughout the tissue’s thickness, its application is effective on each cell. There is no presumption that the greater the induction (intensity) and frequency, the greater the effect. Magnetic fields of high induction and frequency can cause a variety of health problems, such as headaches, fatigue, skin changes, neurological complications, or abnormal heart rhythm. During clinical trials, the low-frequency pulse magnetic field of the parameters listed in the previous section was found to be the most suitable for therapeutic use. 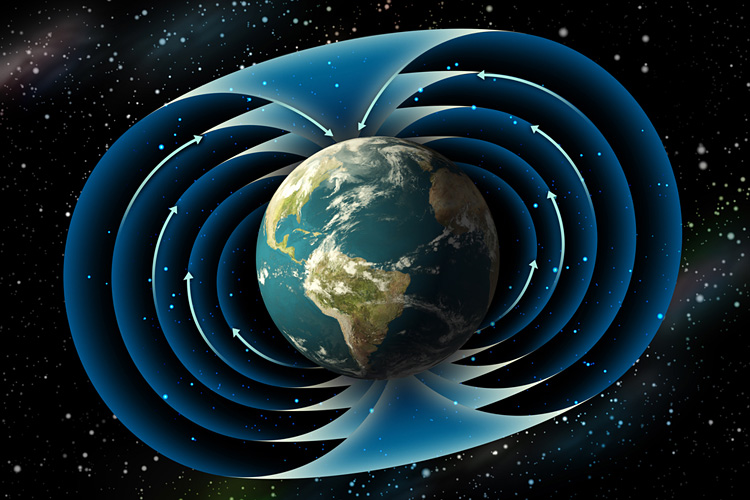 I want an advice
Contraindications for the use of magnetotherapy: electronic medical equipment, during pregnancy, bleeding. More about contraindications here.
Read the operating instructions before use.

The Duo Forte magnetotherapy medical device is a device designed for treatment with a low-frequency magnetic field in the home and clinical environment. Duo Forte is applicable to treatment in physiotherapy, also focusing on specific health problems.
We meet all standards for medical devices. We offer warranty, service and customer support and care.
© Magnetotherapy Renaissance® E-mail: support@magnetotherapyforhealth.com